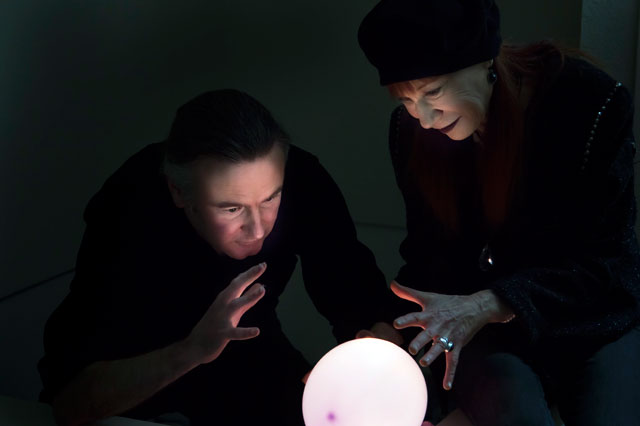 Grumbling Ginger was formed in California in 2000. Their music has been described by the press as “indie folk-rock with a Celtic twist”.  Prior to forming Grumbling Ginger, both members had played extensively on Britain’s folk club circuit. The group brings something of this tradition to its live performances, with songs, storytelling, humour and an array of acoustic instruments including guitar, dulcimer, mandolin, celestaphone, doumbek and bodhran.

“Smooth The Rough”, released in December of 2013, is completely self-produced and features eighteen original songs.  A common theme running through the songs on the album is struggle and change, either on a personal level or on a larger scale.  The title of the album comes from the song “I’ll Smooth The Rough”, which says that we can help each other through our struggles, and from the idea that music is one of the things that can help us to smooth out the rough times.

Grumbling Ginger primarily performs as a duo, but are occasionally joined by other musicians including Shannon Warto on vocals and Tom Lawson on keyboards.

Grumbling For The Holidays - Instrumentals for the Holiday Season (2009)

To see a list of venues where Grumbling Ginger have played, go here.

For a printer-friendly version of this biography, go here.